Shielding the book from the harms of human erosion, the dust-jacket of The Writing of Stones (1970) shows a slice of marble from Roger Caillois’ surrealist stone collection. This Tuscan wonder, known as ‘Ruin Marble’ or ‘Pietra Paesina’, has a pattern that resembles a deserted landscape with a horizon of strange and ruinous shapes. Sharing the same morphology of trees or ruins, these pseudo-fossils are the result of mineral reactions that occur in the diagenesis of the stone.

For the piece Ruin Marble, a suchlike stone, from Estrela’s bibelot collection, was photographed in different degrees of zoom that unveil its microscopic details. Slices of these photographs are randomly brought to the foreground by an algorithm and the dramatic drumming sound of Gabriel Ferrandini. The images move horizontally as slow tectonic plates that create an unpredictable scenario, a small surrealist theatre projected on a stone-shaped screen.

Inside another book sits a narrow image of Jorge Luis Borges in front of a bookcase. Like the protagonist of The Library of Babel, who predicts his body will erode by the “fall, which shall be infinite”, the video installation A Third Reason, also condemns the image of the writer to an infinite fall. His way down is dictated by the voice of Genesis P-Orridge reciting an infinite poem, in the same line of the computer generated experiments written in the sixties by GP-O’s mentor, Brion Gysin.

This animation of the falling Borges and his shelf is projected over an image of the sedimented remains of a hand-made mirror. The AI machine-made-mantra unleashes, in a frantic speed, strolling lights and geometric patterns in infinite variations, a poetic stream that would hypothetically fill the shelves of Borges’ Babylonian Library. The eternal scroll is full of hidden meanings and acts as a dreamachine that massages the brain and the senses to split the ego from consciousness.

While the piece Ruin Marble follows the tradition of Chinese meditation stones, A Third Reason works as an soothsaying oracle. Both pieces presented in the exhibition at Rialto6 function as horizontal and vertical axis for a third poetic way, a poetic third way, a way poetic third. 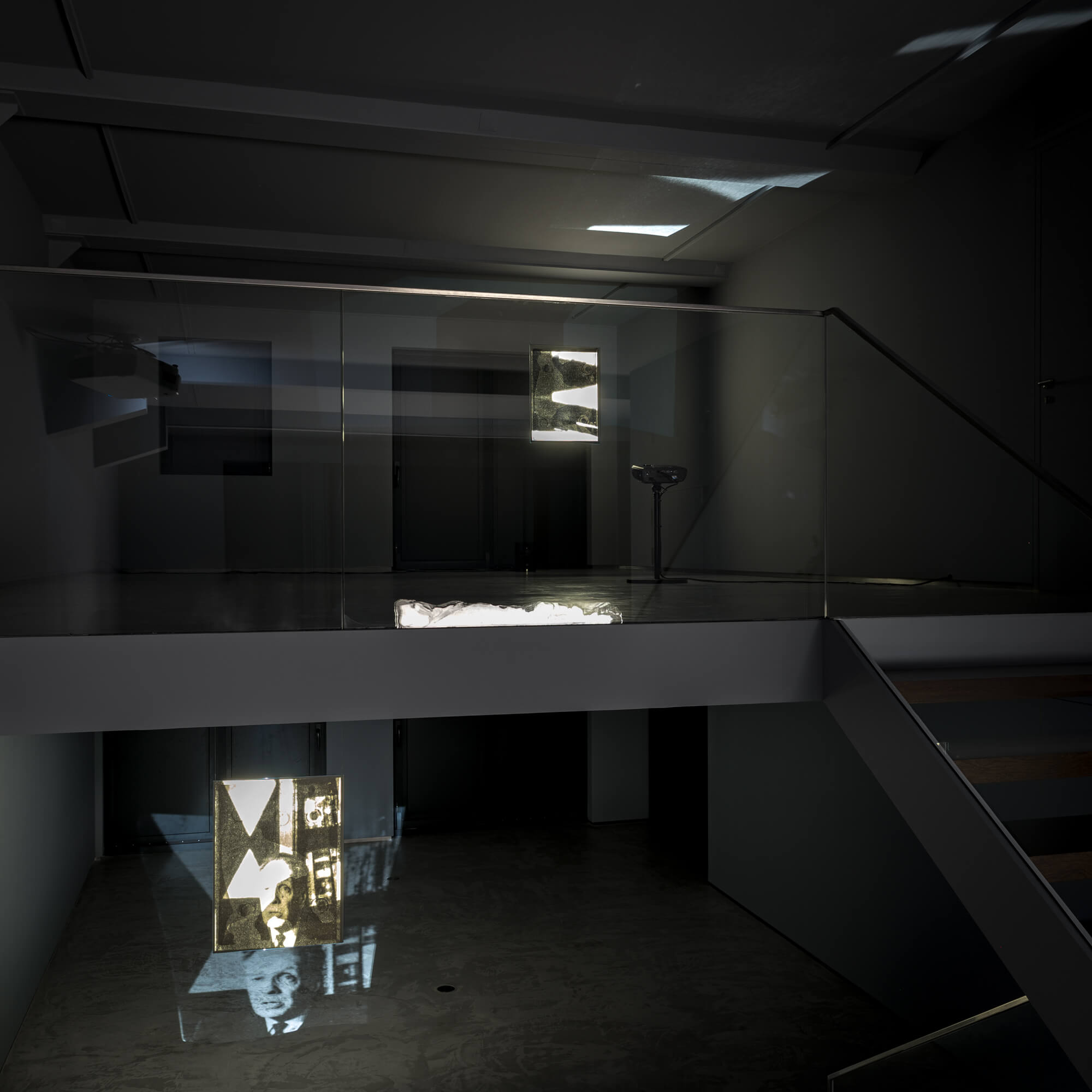 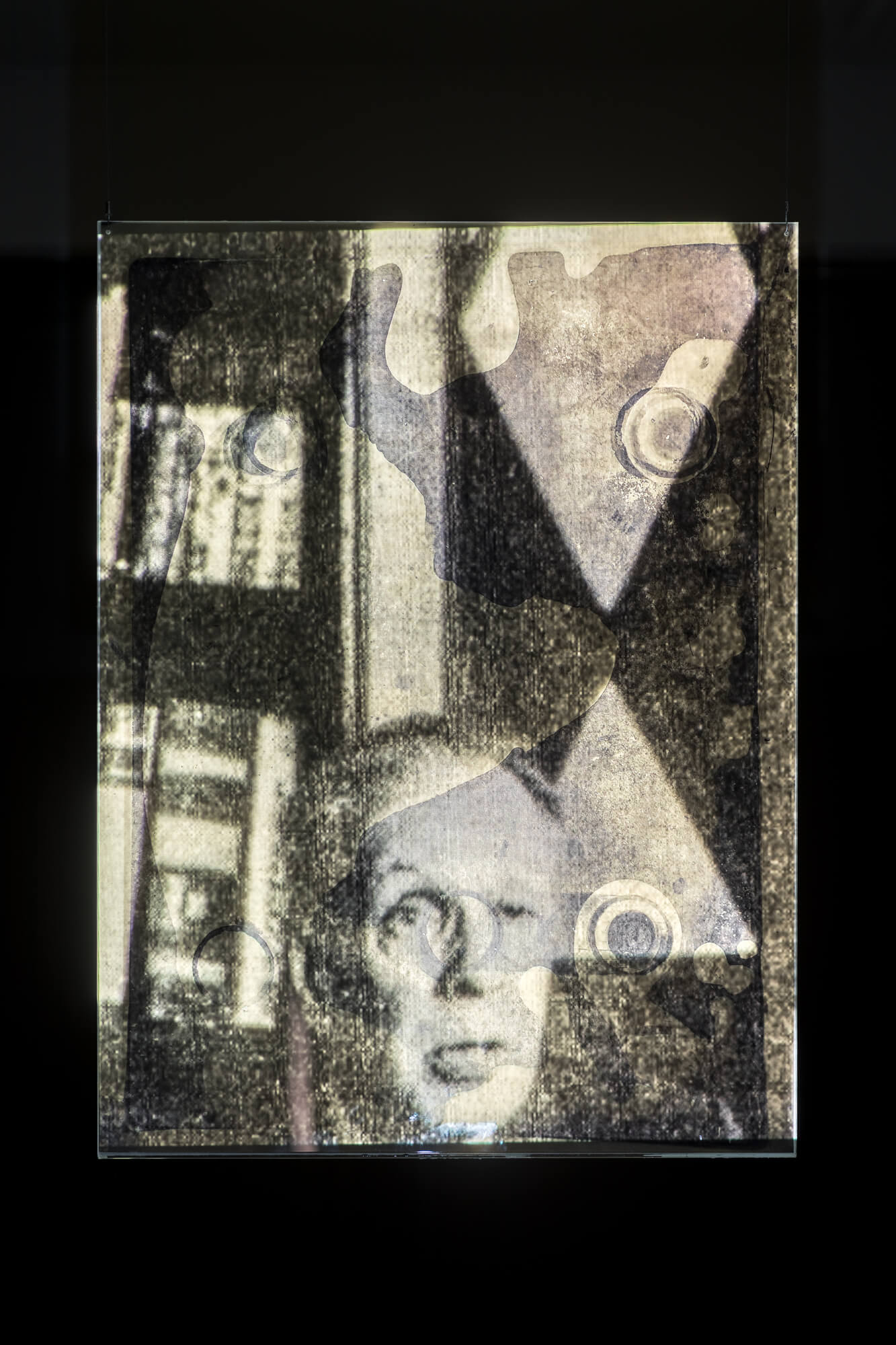 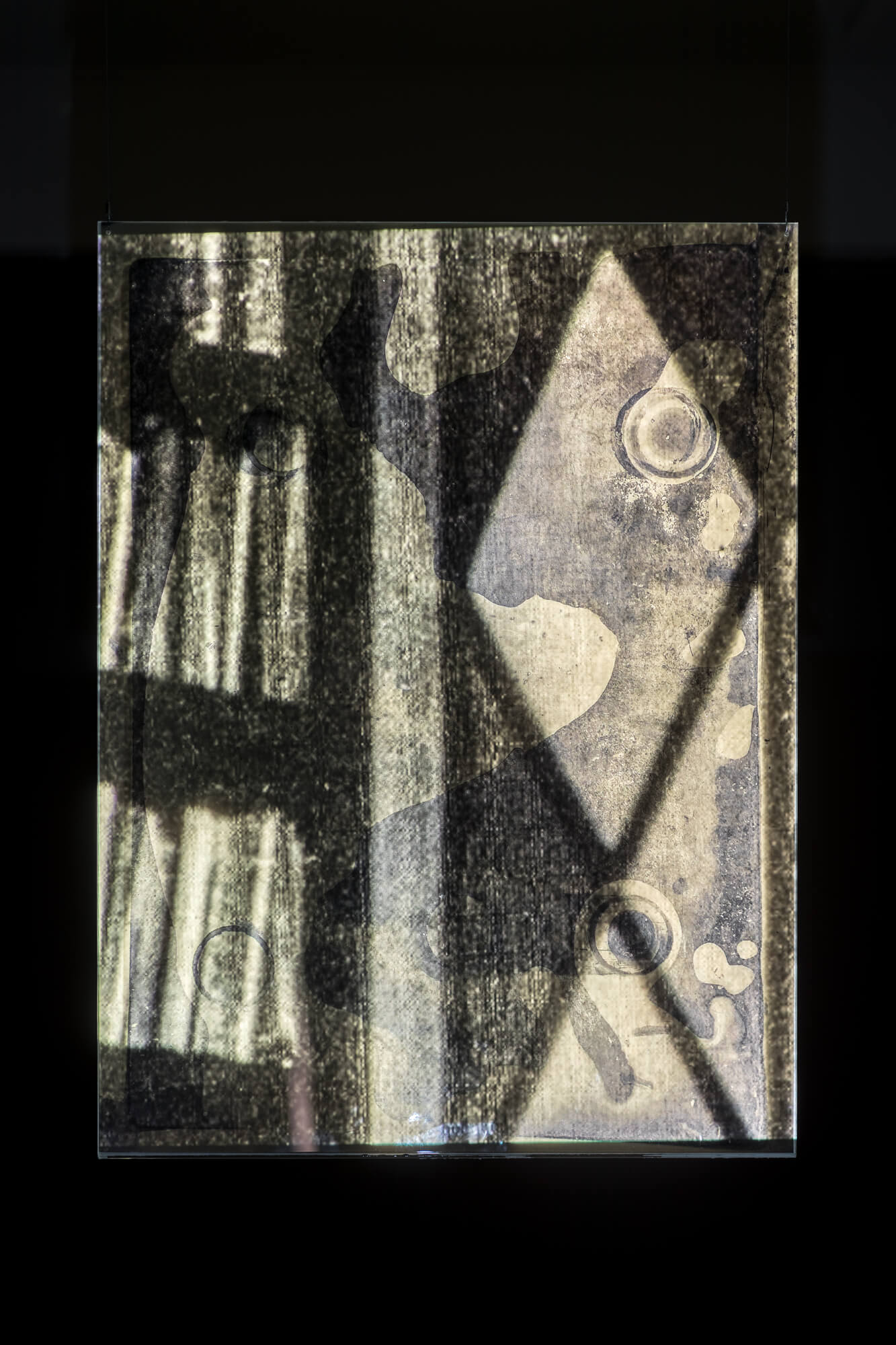 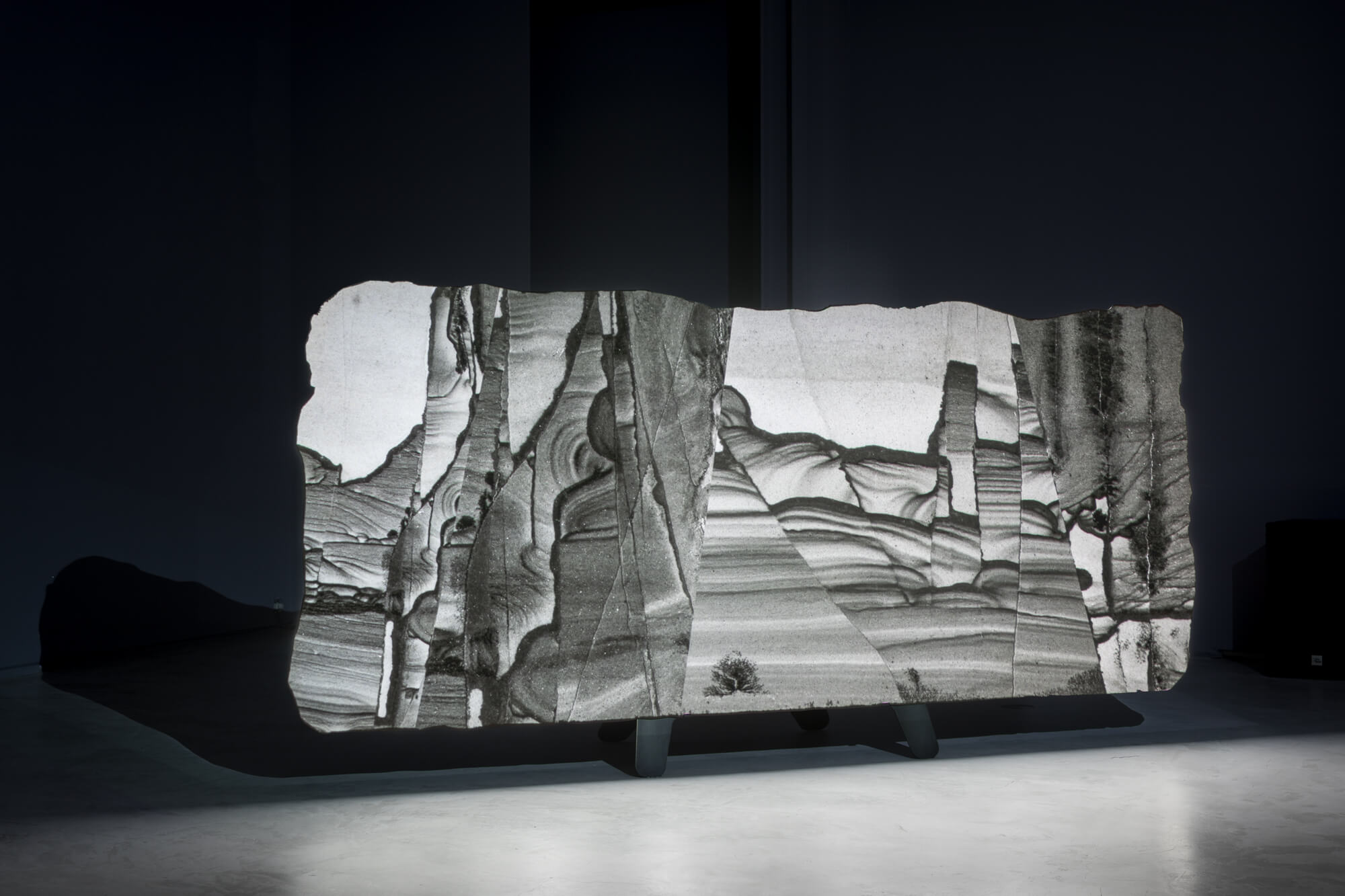 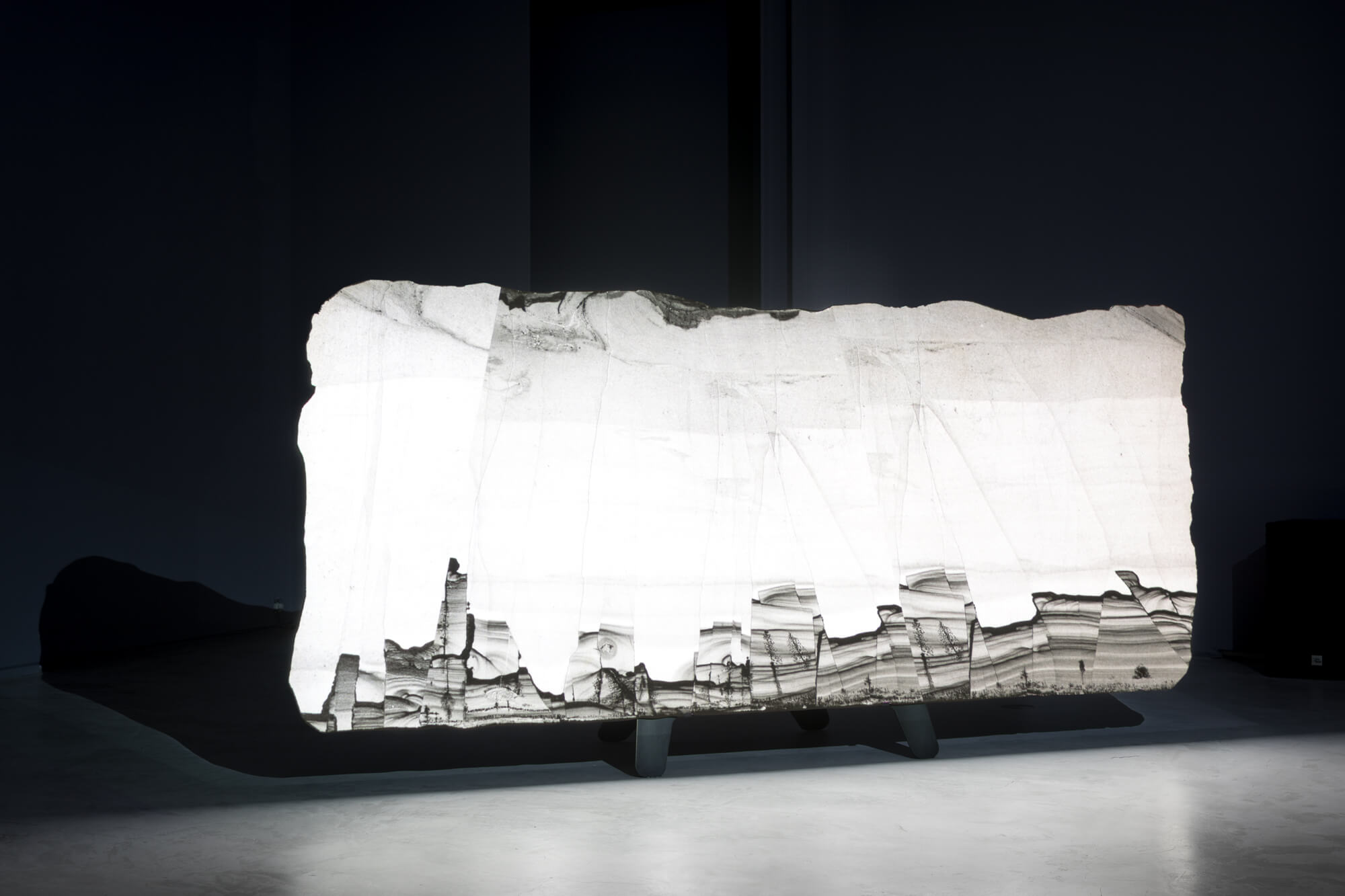 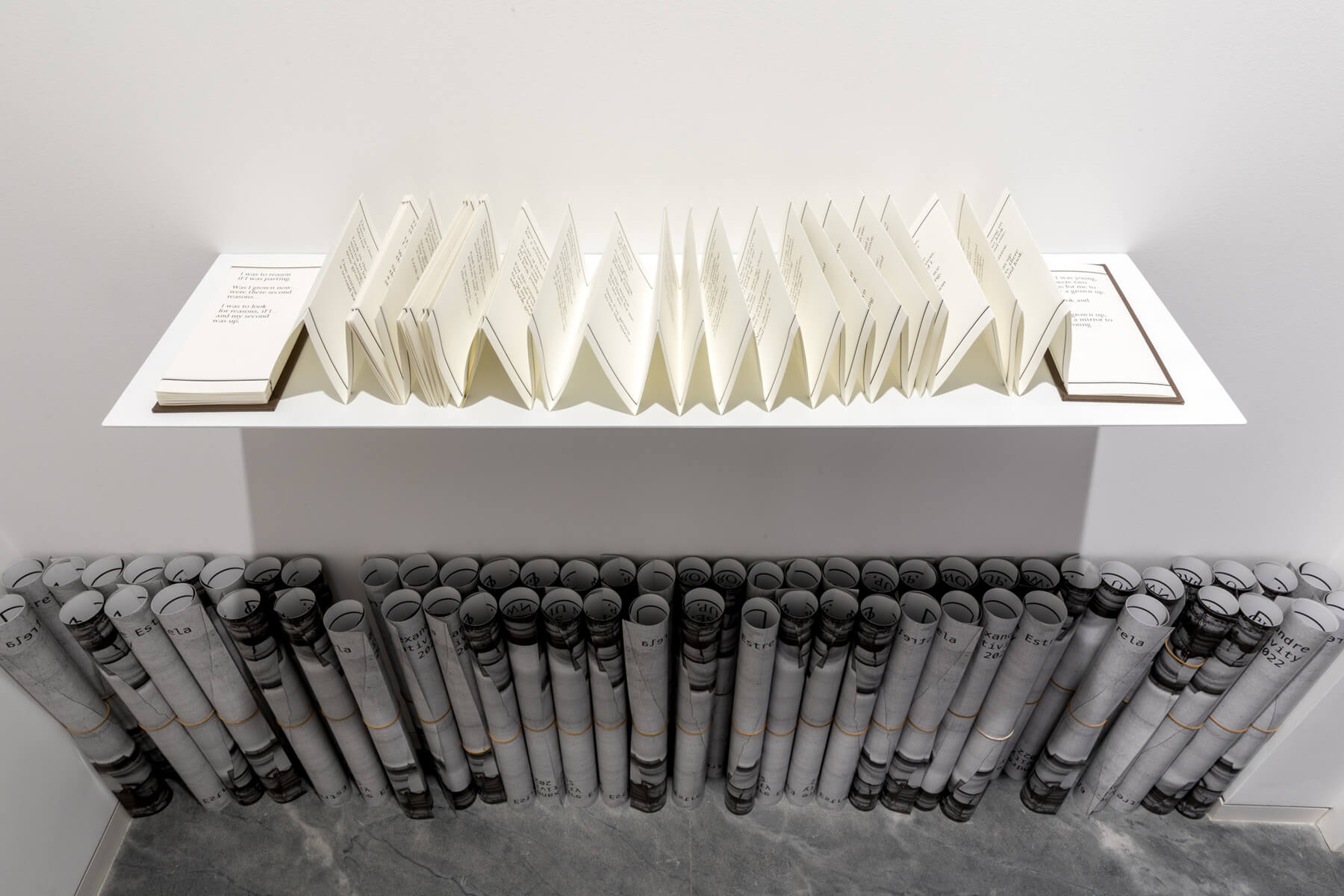